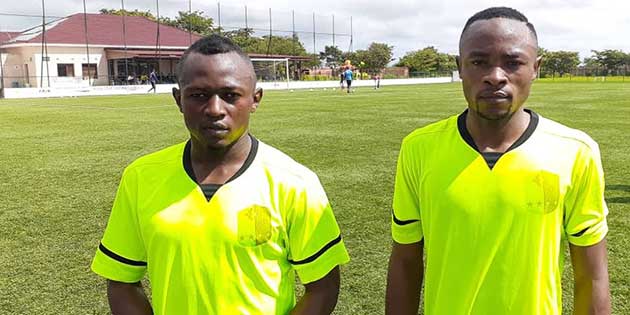 MUKOMBOZI AND KAMBALE, THESE BEES WHO BECOME RAILWAY WORKERS

Anxious to finish the national championship in the top three in order to be African next season, the Football Club Saint Eloi Lupopo is very active on the transfer market during this mid-season.

Indeed, after registering the arrival of the Congolese attacking midfielder Massamba Kiese, the team of boss Pascal Beveraggi has just made another nice move by signing Mamba Mukombozi and Bienvenu Kambale, all from As Nyuki of Butembo.

Mukombozi is well known for his technical qualities and his versatility in midfield. His vision of the game, his deep calls as well as his sudden and powerful strikes are threats to his opponents.

For his part, Kambale is very good technically, at ease in the tactical game, he also has the ability to break the lines and to project himself very quickly forward.